The store will not work correctly in the case when cookies are disabled.
Menu
Account
Where Can I Find an Inflatable Slip and Slide for Sale? 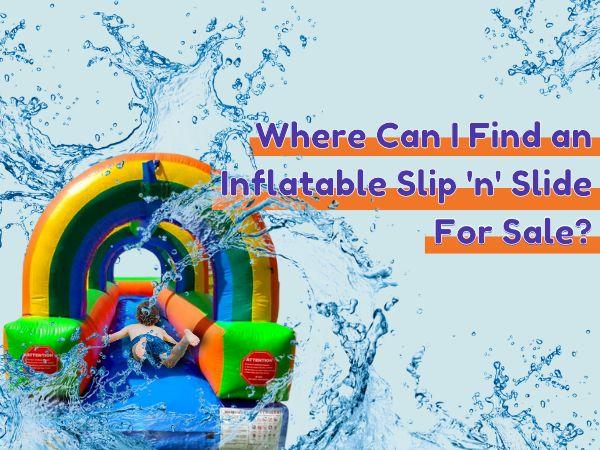 Did you know that the slip and slide was actually invented by accident? It’s true! In 1960, Robert Carrier came home to find his ten-year-old son, Mike, and his friends playing. To beat the heat, they sprayed down the painted concrete with the hose, which made it slippery. But while the surface they created was slippery, it was pretty unsafe - as you can imagine.

Carrier worked for a boat upholstery company, so the next day he brought home a 50-foot roll of Naugahyde, which ended up being a lot safer (and slicker!) than what his son and his friends had made. But their innovation sparked his idea. He soon improved his invention, adding irrigation to the sides where more water could spray from, and patented it in 1961.

After more than 50 years, the backyard toy hasn’t lost any of its popularity. Now, it’s gone through plenty more changes to fit the bill for 2022.

What is an Inflatable Slip and Slide?

An inflatable slip and slide is exactly what you’d imagine. It’s similar to the toy we all know and love, but a larger-than-life, blow-up version.

The inflatable rainbow slip and slide that Pogo offers is 25 feet long, which gives your kids plenty of space to slide and get wet on a hot summer day. The bows of the rainbow spray water as you’re slipping through, cooling you off and immersing you in a world of watery, super-fun bliss.

This slip and slide is geared specifically for residential use, and it’s better than anything else you’ll find on the market today. We created this product with 100% vinyl material - very similar to the material that Robert Carrier used - so it’s five times stronger than cheap nylon inflatables and much less likely to tear. In high-stress areas of this inflatable, there are multiple layers of vinyl that have double and quadruple stitching - so there’s barely any chance of your cherished slip and slide becoming damaged, even if you and your kids use it every weekend.

You can rest assured that your kids will be safe in this inflatable, as the sides are high enough to ensure that they remain contained and don’t slip out into the yard. There’s water drainage so the water remains at a safe level for all the kids splashing and having fun.

You’ll get years of use out of this inflatable, and buying it outright comes along with quite a few benefits. 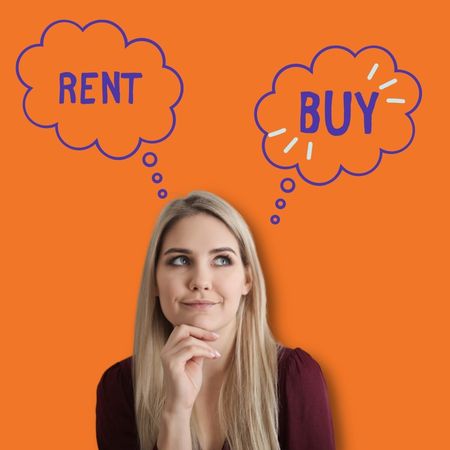 Many people consider renting inflatable slip and slides when they’ve got a backyard party coming up and kids to entertain, but we’re here to tell you that buying is the better option. Why is that?

First off, buying saves you money. If you’re renting a slip and slide summer after summer, that money is going to add up - and it’s money you wouldn’t have to pay if you simply unpacked the slip and slide that you already own from your garage.

Not only that, buying your own inflatable slip and slide is much more sanitary than renting. While companies may claim that they wash their products and/or hose them down, you can’t really be sure they’re telling the truth. The last thing you want for your family and other partygoers is for them to be slipping and sliding around with other people’s sweat and germs.

Why a Slip and Slide?

The fact of the matter is that not everyone can afford to buy a pool for their backyard. While pools are fun, they are expensive - not to mention the pricey and time-consuming upkeep. Slip and slides bring you (and your kids) all the watery fun of a pool, at a fraction of the price.

Your kids will still have a way to stay cool and have fun on those endless summer days, and you don’t have to break the bank by investing in a pool that they might lose interest in after a few years.

At the end of the day, choosing to buy an inflatable slip and slide will save you money, keep your family clean and healthy, and provide your kids with countless days of summer entertainment.

With this slip and slide in your yard, the last thing your kids will be thinking about is their electronic devices. In fact, they might even forget they have them at all with this inflatable playground at their disposal. You may have a hard time calling them in for dinner!

This rainbow inflatable slip and slide will be delivered right to your doorstep - you don’t have to go anywhere to pick it up, and shipping is fast and easy. We come to you! With a simple setup, it’s ready to use for your next backyard party or simply a weekend full of fun.